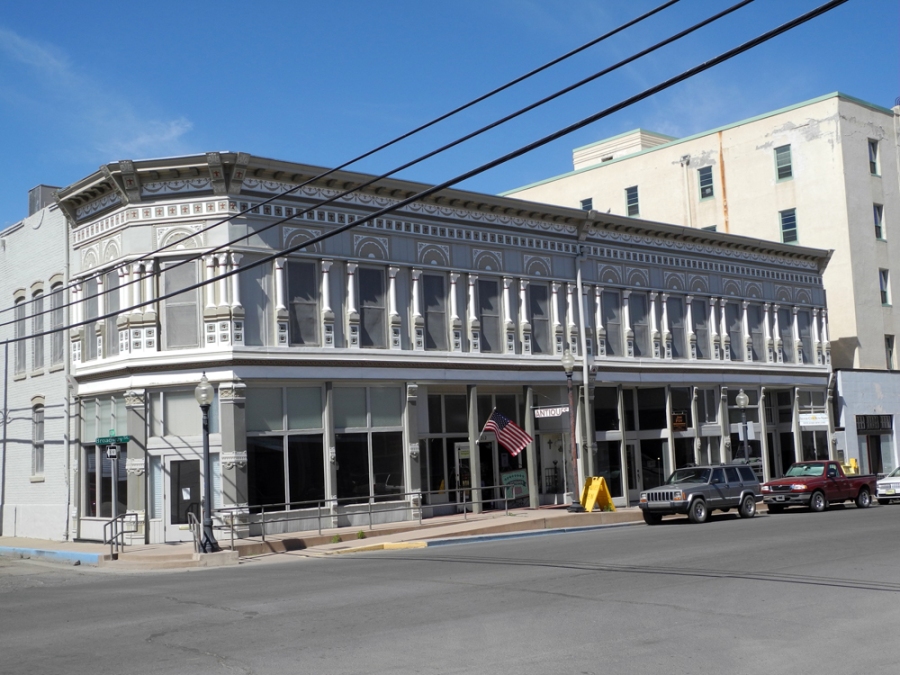 When we document 100 Mesker facades in a state, we celebrate it. It’s an arbitrary milestone that has little to do with the historic number of installations but it’s been a tradition on these here pages for some time. Thanks largely to Roger Waguespack’s research efforts, New Mexico is the latest state to join the 100 club, with 108. On a sad note, only 29 of them (27%) survive. Hopefully, this ratio can be improved in the future.

Historically, New Mexico was not a large purchaser of Mesker products, ranking 21st nationwide with a combined estimate of approximately 843 facades. Owners favored fronts offered by Mesker Brothers Iron Works which netted a total of $89,069.21 in receipts between 1885 and 1908 for approximately 726 facades. The best year was 1906, with $9,527.31 in net receipts. The projected number of Mesker Bros. installations rank #13 on the company’s charts but the expenditures were #15. Not bad given a comparatively low marketing effort of 15,685 catalogs distributed in the state from 1888 to 1909, with 3,194 in 1907 as the top mark. While the number of catalogs may seem high, it ranks just 41st. In contrast, George L. Mesker & Co. claims to have sold only 117 facades in the state, which ranked 33rd among the states.

Below is the breakdown of the 108 facades in New Mexico (download the Excel inventory for a complete listing):

And below are some favorite examples of surviving Meskers from the Land of Enchantment, appearing alphabetically by town (again, huge thanks to Roger who provided all the images):